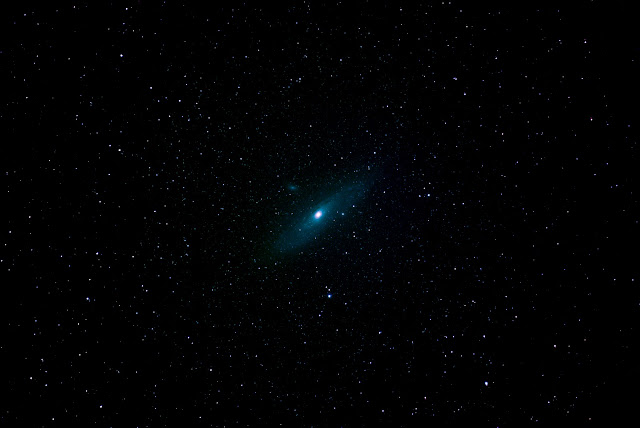 The Andromeda Galaxy M31. This is forty six 200 second subs and seven 300 second subs. Taken from my backyard in October 27th 2021. An iOptron CEM40G mount with a Sony A6600 Mirroless camera and an 18-135 lens taken at 135mm. I am still not completely pleased with this image considering the blue color on right side that does not match the left side. I may try this again at DHO when we have another clear moonless night.
Posted by John Rush No comments:

It certainly wasn't an ideal night for Astrophotography. The moon was nearly full but it was clear skies. I had just received a new 4.5lb weight from iOptron. My plan for a while has been to shoot M31 the Andromeda Galaxy. While I had shot this before on the first night as I said I wasn’t pleased with it. It’s just too big at almost 3 degrees wide to fit in a 1500mm focal length telescope that sees just over 0.5 degrees. The plan was to use the kit lens that came with the camera at 135mm in order to shoot the Galaxy.

Unfortunately the moon truly was a star party pooper. It made things very difficult to see nighttime objects and ruined both images I shot. Both images had very large moon glow aberration on the images. I should have known better than to try shooting anywhere near the moon with a new very wide lens like that and no moon glow filter at all.

However even though it was a failure there was some success to be had. Firstly the concept worked. I was able to frame up the entire Andromeda Galaxy and you can clearly see both M32 and M110 in the image. I believe this will work excellently on a clear night.

The second success came in the form of learning how to plate solve with Astrophotography Tool. While I have had great success aligning the telescope and getting objects farmed up pretty well it hasn’t been perfect. This was most apparent with an attempt I made shooting the Helix nebula. In one set of photos the object was in the bottom of the frame while the other it was at the top. Plate solving solved that issue. Plate solving allowed me to take a short exposure and then solve that plate with a known sky catalog and then sync with the mount with that location and recenter the target perfectly in the center of the frame.

Now I imagine that some of you would consider this to be a form of cheating since I don’t have to actually know the night sky. I would say that this isn’t true at all. I have learned a great deal about the night sky, stars objects and constellations in a short time. I can locate constellation and really see where the object should be that I am trying to shoot. As an example of this a new member of the SAS joined, he brought his scope to the DHO to try for the first time. We were looking at a few deep sky objects such as M27, and M57, we switched to M31. His scope wasn't perfectly aligned and did not go to directly to it on that side of the meridian. I successfully located the object in the scope and he also asked where it was. I was able to direct him using the constellation of Pegasus and the stars in Andromeda to point to it's location. Three months ago on my second visit to DHO It was the director of the observatory pointing out the andromeda and I was completely lost. Plate solving saves the hassle of framing. If I want to take exposures over multiple nights it's important that they be shoot in the exact same spot so they stack without rotating or clipping the edges. Just being close isn't good enough. My very first attempt had the helix nebula either in the top of the frame or the bottom of the frame. That would not be sutible for stacking. 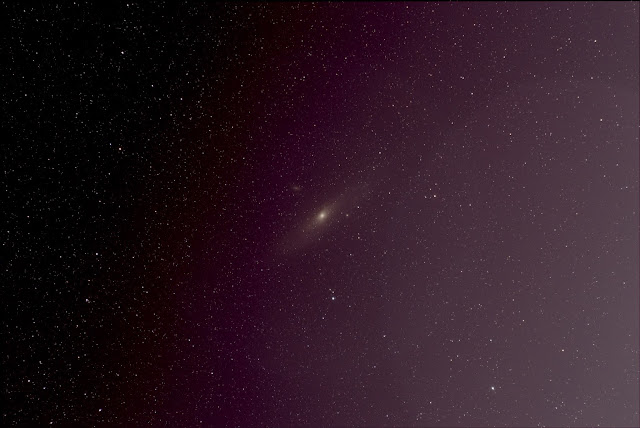 This is 27 guided subs taken on October 19th at Darling Hill Observatory in Vesper, NY. A Sony A6600 Mirrorless camera with an 18-135mm lens taken at 135mm, an iOptron CEM40G mount. 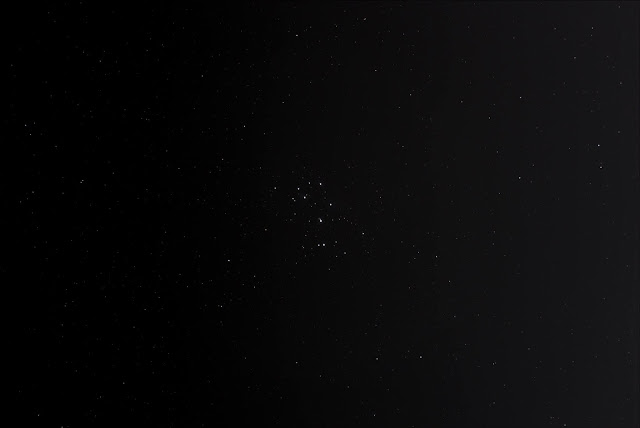 Eleven guided subs of M45 The Pleadies taken on October 19th at Darling Hill Observatory in Vesper, NY. A Sony A6600 Mirrorless camera with an 18-135mm lens taken at 135mm, an iOptron CEM40G mount. In order to get the dark sky background very little of the nebulosity is left in this image. 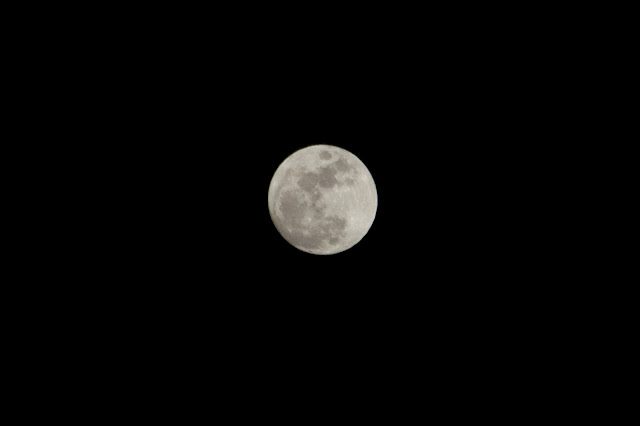 Lastly the Star Party pooper herself. The nearly full moon.  Can you see the woman in the moon?
Posted by John Rush No comments: 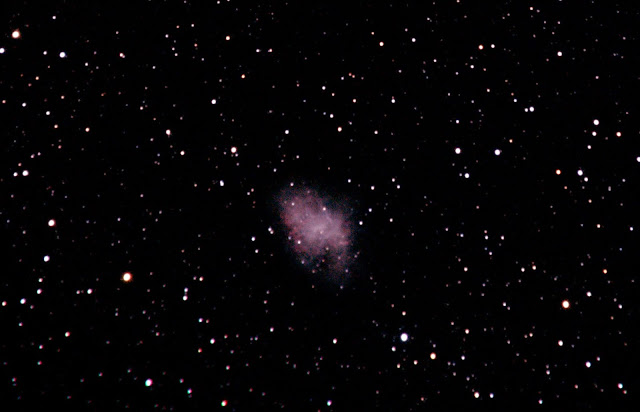 The is first object identified as part of a list of 109 objects created by Charles Messier. Messier was a comet hunter whose goal was to identify objects that could have been confused as comets. This list is still widely used today. Seven 300 second guided subs taken at the Darling Hill Observatory in Vesper, NY on October 1st, 2021, an iOptron CEM40G, Celestron 127SLT 5" Mak 1500mm f/12, and a Sony A6600 mirrorless camera
Posted by John Rush No comments: 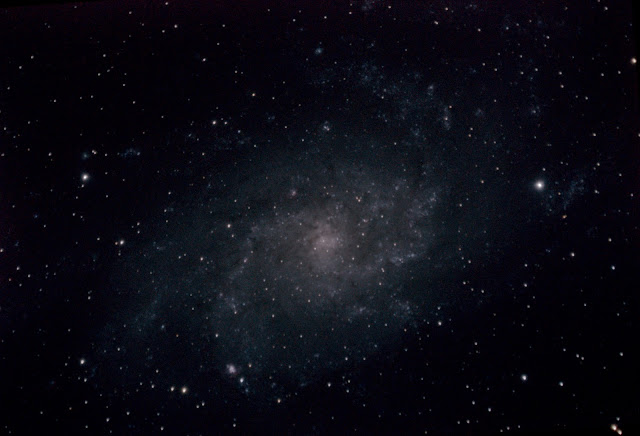 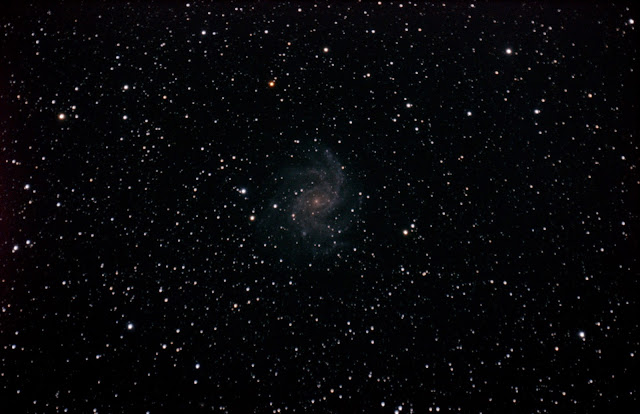 Posted by John Rush No comments: