On October 19th in the early AM we were able to see one of the longest lunar eclipses in nearly 600 years in Central New York. The weather wasn't great as clouds rolled in and out through out the night. The clouds rolled in for good just as the moon was reaching peak eclipse at 4:01 AM.  I used the iOptron CEM40G mount with the Sony A6600 mirrorless camera and an 18-135mm lens at about 115mm. My goal was to shoot the eclipse along with Pleiades in the frame.  Below are the two photos of the moon at near total eclipse as well as a time lapse of the eclipse before the clouds covered it. 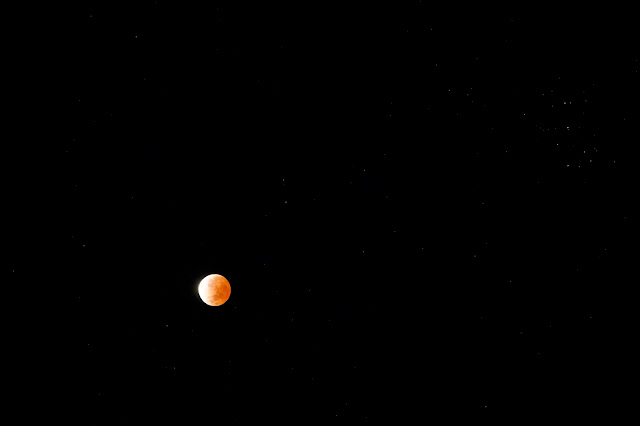 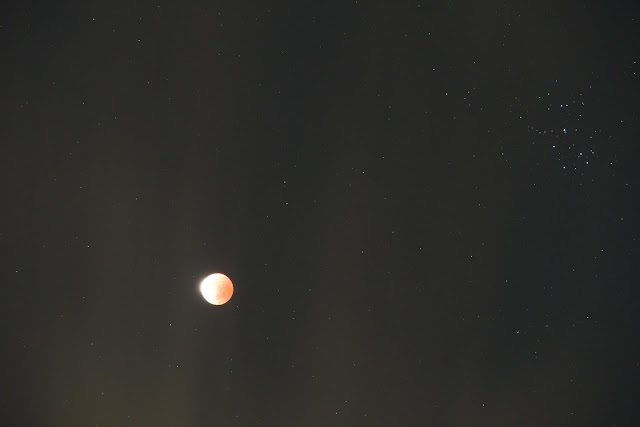